Skip to content
COVID put “Globalization” in ICU and Putin pulled the plug; now what? 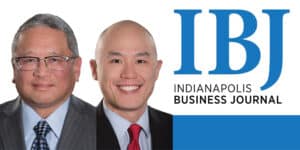 COVID put “Globalization” in ICU and Putin pulled the plug; now what?

The seeds of the second great age of globalization were sown more than 30 years ago with the fall of the Berlin Wall on November 9, 1989.  With the end of the Cold War, the world benefitted from a global “peace dividend” and the perception improvements in transportation and communication gave countries and companies a great opportunity to look far beyond traditional borders.

During this “golden age” of globalization, many U.S. companies “offshored” production to countries with cheaper labor—primarily in Asia and particularly in China.  Distant sources of supply could be counted on to deliver goods “just in time.”  “Globalists” point to enhanced economic growth and standards of living for these countries, higher profits for U.S. corporations and importers and low-priced goods for American consumers.

In short, “interdependence” was both good and safe, as cross-border trade and economic self-interest led everyone to act in good faith as “citizens of the world.”

The fabric of globalization has actually been fraying for the past 20 years as the world became a more dangerous place (9/11), the risks of economic/financial interconnectedness exploded (Great Financial Crisis) and countries began to look inward and enact “protectionist” policies like tariffs to reduce imports and subsidies to make domestic companies more competitive.

The combination of COVID and Russia’s invasion of Ukraine delivered the coup de grace to globalization by exposing the fragility of this interdependence and risks of offshoring.  Countries and companies can no longer depend on their foreign trading partners and far-flung supply chains.  This will cause a shift in focus from “where can I get it cheapest?” to “where can I get it safest and surest?”

In other words, companies and countries will value “just in case” over “just in time,” with enormous implications, positive and negative.

One of the biggest local positives of the shift of focus towards greater independence and supply chain robustness will be the of onshoring of high-tech manufacturing.  Three years ago, Senators Chuck Schumer (D-NY) and Indiana’s own Todd Young (R) started drafting a precursor bill (the Endless Frontiers Act) that would eventually morph into the U.S. Innovation and Competition Act before finally becoming the Creating Helpful Incentives to Produce Semiconductors and Science Act (CHIPS Act).

Semiconductors are vital components in products ranging from vehicles to consumer electronics to advanced military weaponry.  The $280 billion CHIPS Act includes about $52 billion to incentivize semiconductor manufacturers to construct domestic semiconductor fabrication plants, or “fabs.”  These investments will reduce our reliance on Asia (particularly China), where over half of global semiconductors are currently sourced and make the U.S. (whose global market share of semiconductor manufacturing plummeted from about 40% in the 1990s to just 12% in 2021) more competitive and self-reliant.

The CHIPS Act passed the Senate on a bipartisan basis last August, with support from every Democrat and 17 Republicans.  On the House side, 24 Republicans joined Democrats, sending the legislation to President Biden to sign into law.  Endorsed by Gov. Holcomb and the Indiana Chamber of Commerce, Reps. Jim Baird and Trey Hollingsworth were the only Republicans from Indiana joining Sen. Young in voting for the bill.

Since the CHIPS Act passed, over $200 billion of projects have already been announced in 16 states, redistributing high-tech investments and jobs across the country, including many rural communities.  Minnesota-based semiconductor manufacturer SkyWater Technology has committed to build a 600,000 square foot, $1.8 billion state-of-the-art manufacturing facility at Discovery Park District, a 400-acre mixed-use development adjacent to Purdue University, eventually creating 750 new jobs.  In turn, Purdue has launched the Semiconductor Degrees Program (SDP), which will educate both graduate and undergraduate students.

American taxpayers are also receiving new federal incentives to build and buy local.  Embedded in the Inflation Reduction Act (“IRA”) are subsidies for buying American made Electric Vehicles (“EVs”), with strict requirements on where cars are manufactured and components are sourced.  Taxpayers receive up to $7,500 and $40,000 in tax credits for purchasing USA-made passenger EVs and commercial EVs, respectively. This greatly increases the competitiveness of domestic auto manufacturing.  The IRA also includes many other clean energy incentives, which Credit Suisse expects to generate $1.7 Trillion in new investment over the next decade.

The biggest negative of the pendulum swinging from “offshoring” to “onshoring” will be higher prices to consumers and stubbornly higher inflation, as we lose the benefit of buying foreign-sourced goods subsidized by cheaper labor and other production inputs.  This could also lead to higher interest rates, as the Fed will likely revise its inflation expectations above its 2% target in place for many years.

Over the past year, we rebuilt the Iron Curtain around Russia with trade sanctions and military aid for Ukraine. We’ve also begun paving a road to resilience, reducing reliance on China. While it’s too early to declare victory on either front, we can be certain “onshoring” is creating local opportunities by injecting tremendous resources into the once rusty American manufacturing sector, which “populists” argue has led to the “hallowing-out” of the middle class.

The opinions expressed in these articles are those of the author as of the date the article was published. These opinions have not been updated or supplemented and may not reflect the author’s views today. The information provided in these articles are not intended to be a forecast of future events, a guarantee of future results and do not provide information reasonably sufficient upon which to base an investment decision and should not be considered a recommendation to purchase or sell any particular stock or other investment.