Skip to content
Brace yourself, energy insecurity and $4 gas could be here to stay 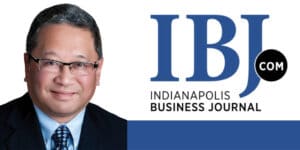 Brace yourself, energy insecurity and $4 gas could be here to stay

According to the U.S. Energy Information Administration (EIA), regular-grade gasoline plunged from a national average of $2.55/gallon in January 2020 to $1.84/gallon in April, a decline of 28%.

Things were even crazier in the crude oil market.  Again, according the EIA the U.S. benchmark “West Texas Intermediate” (WTI) crashed from about $63/barrel at the start of 2020 to negative $37.63/barrel on April 20, as futures contracts collided with the harsh, real world of physical oil and storage.  The world simply ran out of storage for an ocean of suddenly unwanted oil.

WTI futures contracts trade on the CME’s NYMEX exchange and obligate the buyer/seller to take/make physical delivery of WTI (1,000 barrels = 42,000 gallons/contract) at the pipeline terminal in Cushing, OK on a specified date.  Theoretically, if you were in a position to take delivery of 1,000 barrels of WTI (about five tanker trucks’ worth) in Cushing on April 20, 2020, you could have had both the oil and a check for a cool $37,630!

Fast forward to today and WTI reached $124/barrel and regular gas $4.22/gallon in March, up 50% from $2.81 a year ago.  The “why” is simple.  The demand for oil has recovered to pre-pandemic levels, but the supply of oil hasn’t.  “Just pump more oil, baby” would solve the problem, but that’s unlikely to happen.

In January 2020 the U.S. (world’s largest oil producer) produced about 12.8 MBPD, which plummeted to 9.7 MBPD by May, the largest short-term production drop in history.  Production has bounced back to 11.3 MBPD, but remains 12% below pre-pandemic levels.  Unfortunately, the administration’s decision to release an additional 180 million barrels from the Strategic Petroleum Reserve’s inventory (about 1/3 of barrels remaining after the 80 million barrels released since last November) is a short-term “band-aid” that does nothing to address long-term supply challenges.

Full disclosure, I am on the board of directors of the general partner of CrossAmerica Partners LP (NYSE-CAPL), a leading wholesale distributor of motor fuels, operator of convenience stores and owner and lessee of real estate used in the retail distribution of motor fuels.

Investors are demanding oil producers be much more disciplined about spending capital on drilling.  The U.S. shale oil industry successfully used hydraulic fracturing (“fracking”), in which water, sand and chemicals are blasted down wells to crack open rocks to release oil and gas, to add about 4 MBPD of production over the four years prior to the pandemic.  They were less successful making a profit, burning through an estimated $200 billion in the pursuit of barrels over the past decade.  The survivors of the carnage of 2020 “got religion,” so “slow and steady” will remain their mantra, even if oil goes to $200/barrel.

ESG investing has become an immovable monolith and hates fossil fuels.  ESG investing attempts to integrate Environmental (conserving resources/protecting the planet), Social (people and relationships) and Governance (standards for running a company—ask Cummins) factors into analyzing companies as investments.  ESG has become de rigueur among institutional investors/managers over the past decade and an entire industry has emerged to feed the ESG beast.  As investment managers compete to be more “ESG-y”, there are consultants who will guide you and even rating agencies that will make it easy by assigning ESG scores.

While ESG goals are admirable, ESG obsession makes it nearly impossible for oil companies to access capital to increase production.  Companies can’t raise capital because of low ESG scores and any bank that dares lend to them is also penalized (ask JP Morgan).

The U.S. Securities and Exchange Commission has proposed new climate-related disclosures that will be a tremendous burden on oil and gas companies.   The 500-page proposal formalizes/codifies much of what ESG seeks to capture, but takes it to another level and makes it mandatory for all public companies.  Companies will have to calculate and disclose their carbon emissions, hire attestation firms to confirm those disclosures and write extensive disclosures of their plans for responding to climate change.  If you’re a public oil company, you’re going to 1) to spend a ton of money to say your carbon emissions are too high and your future in a de-carbonized world is dim and 2) wish you were private.

It would be ideal if we could flip a switch (electrical) and go from a “brown” to a “green” world overnight.  Unfortunately, the reality is messier.  Some think starving the oil industry of capital and making the regulatory regime unbearable will get us to the promised land of “net zero” quicker.  Perhaps, but in the meantime offshoring the “nasty stuff” will lead to even greater reliance on rogue regimes in places like Russia, Saudi Arabia, Iran and Venezuela.  Be very careful what you wish for!