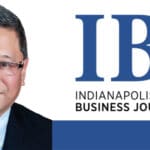 We clearly can’t control trade wars, the markets or White House tweets, but our behavior is up to us.

Suppose you got spooked last December and sold your stocks as the market’s collapse reached a crescendo on Christmas Eve. Who could blame you, with the talking heads screaming about the “Worst December Since the Great Depression” and the “Worst Year Since the Global Financial Crisis”?

Perhaps you eased your pain over the holidays by telling yourself you’d jump back in the market once the bleeding stopped. That sounds like a reasonable strategy, but if you sat on your hands even a few days, you missed the “Best January for Stocks in 30 Years” and did yourself great financial harm.

Unfortunately, investors have an uncanny, destructive tendency to buy high (when they’re feeling (over)confident) and sell low (when they’re scared).

That’s the message from DALBAR’s 25th annual Quantitative Analysis of Investor Behavior (QAIB) report, which measures the effects of investor decisions to buy, sell and switch into and out of mutual funds. The effects are measured from the perspective of the investor, not the investments themselves, and show the average investor earns less (often much less) than fund performance reports would suggest.

According to DALBAR, “investor behavior is not simply buying and selling at the wrong time, it is the psychological traps, triggers and misconceptions that cause investors to act irrationally.” The report identified nine harmful behaviors, most importantly:

Successful “market timing” (i.e. jumping into and out of stocks) is an expensive fantasy. If you’re going to have long-term success, you have to ride out the bad days to benefit from the good days.

J.P. Morgan assumed a $10,000 initial investment in the S&P 500 Index (SPX) for the 20-years ending December 31, 2018 to determine the cost of missing the best days. Importantly, six of the 10 best days occurred within two weeks of the 10 worst days. As you can see, missing just the 10 best days in the 20 years cut your return in half and you actually lost money if you missed the 20 best days.

Crandall, Pierce looked at the market timing issue a little differently, assuming you missed the single best day in each year for various periods. Assuming you made the same $10,000 investment in the SPX on January 1, 1969, stuck it in a drawer and forgot about it, you would have had $241,368 on December 31, 2018. If instead you tried to “time the market” and missed just the single best day in each of those 50 years, you’d have less than a fifth of that amount.

My friend Carl Richards, CFP coined the term “behavior gap” to label the shortfall between investor returns and investment returns that occurs because rising prices attract us and falling prices scare us. Instead, take your cue from Warren Buffett, who said “lethargy bordering on sloth remains the cornerstone of our investment style.” 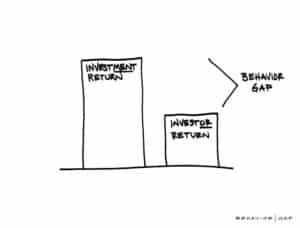 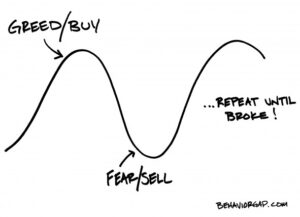