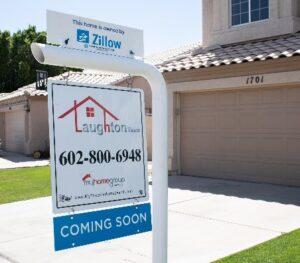 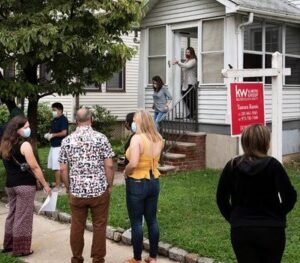 Purchasing a home is likely the most important investment you’ll ever make.  Unfortunately, as anyone trying to buy a house can confirm, the pandemic has turned what should be a thoughtful and deliberate process into an “action game” where the “player” willing to move the fastest, pay the most over the seller’s asking price and commit without even the most basic safeguards (like inspection and appraisal contingencies) “wins” the prize.

The pandemic has reduced the supply of housing and credit is both abundant and cheap, providing rocket fuel for the market.  The government recently announced Fannie Mae and Freddie Mac will boost the size of mortgages they will guarantee.  Indeed, according to the S&P CoreLogic Case-Shiller Indices, U.S. home prices showed an annual increase of 19.8% for August 2021, the most recent reading.  The hottest markets were Phoenix (up 33.3%), San Diego (26.2%) and Tampa (25.9%), but prices have surged everywhere.

Robinhood Markets (HOOD) and Reddit turned folks bored with lockdowns and flush with stimulus money into a “financial flash mob” by “gamifying” investing in “meme” stocks, options and cryptocurrencies.  Similarly, Zillow Group (ZG) with its computer-generated “Zestimates” (which let people track the value of their own homes and, voyeuristically, everyone else’s) and HGTV captured the imagination of folks rethinking how and where they live and work in what Zillow referred to as “The Great Reshuffling.”

About 3.5 years ago, Zillow decided to make a major commitment to “iBuying,” the computer-automated purchasing of homes to flip using a pricing algorithm, with the launch of Zillow Offers (“ZO”).  This put Zillow in direct competition with two “pure plays” in iBuying, Opendoor Technologies (OPEN) and Offerpad Solutions (OPAD).

The keys to success in iBuying are 1) paying the “right” price, 2) making necessary light repairs and 3) selling quickly at a markup.  Importantly, you want to be a “market maker,” content to earn a small spread between the “bid” (the amount paid to the seller) and the “ask” (the amount charged to the eventual buyer) thousands of times, not a “market risk taker” intentionally holding inventory on speculation prices will continue to rise.

Zillow peaked at $203.79 on February 16, around the time it became apparent ZO’s pricing algorithm was flawed.  Ironically, the problem was the algorithm was causing ZO to pay too little, not too much, which led to ZO purchasing fewer homes than planned.  Predictably, Zillow’s response was to “refine” ZO’s algorithm to make more aggressive offers, which had the desired effect of boosting purchases (note Opendoor and Offerpad decided to become less aggressive at that same time).

ZO purchased 9,680 homes in the quarter ending September 30, more than double the number purchased in the June 30 quarter.  ZO sold 3,032 homes and had contracts to purchase an additional 8,172.  Inventory levels and the capital needed to carry it grew rapidly.  Bloomberg reported the length of time it took ZO to flip a house increased from 50 days in March to 84 days by October.

By mid-October, Zillow acknowledged ZO’s deal pipeline was clogged and would halt purchases for the rest of the year.  Two weeks later it announced it was shuttering ZO altogether and writing down the value of its inventory of homes owned and under contract by $569 million (about $30K/home) and laying off 25% of Zillow’s staff.

The stock has plummeted to around $57, down about 72% and erasing more than $30 billion of market capitalization.

On Zillow’s Q3 earnings call, CEO Rich Barton explained, “We used historical data and countless simulations.  We have been unable to accurately forecast future home prices at different times in both directions by much more than we modeled as possible.  Put simply, our observed error rate has been far more volatile than we ever expected possible and makes us look far more like a leveraged housing trader than the market maker we set out to be.”

In short, Zillow determined at the size ZO needed to be sufficiently profitable (about 10X current level), it would expose Zillow to billions in potential losses, with a “high likelihood” ZO would someday put Zillow’s entire business at risk.

Old timers like me see eerie parallels with the spectacular failure of Long-Term Capital Management LP (LTCM) in 1998, which threatened to crash the world financial system when it brazenly leveraged its bets by 50-fold because its algorithm (developed by its Nobel laureate founders) said it was “perfectly hedged” up to the moment it went over the cliff.

Algorithms are cheap, don’t eat much and never get sick.  However, as LTCM and Zillow can attest, they can also kill you.  Whether you’re talking about self-driving cars or robo-advisors (the SEC recently warned of “widespread compliance failures”), I’m “old school” and reserve the “important stuff” for thinking, breathing humans.